The Wiebes find themselves living back in beautiful Denver, CO as 2012 comes to an end. We are as surprised as anyone about this development, but God’s direction has been clear and abundantly confirmed. Amy’s earlier blog post has all the details about how it happened, but the mile-high version (pun intended), is that God has called us to move here to continue the pastoral work He has been leading me into for the last several years. We wrapped up our loose ends in Dallas in late October, and drove our two Uhaul vans to Denver with the three kids taking turns in each truck. God has made His sense of humor clear though in this transition. The church we are leaving behind in Texas is The Ranch Community church, and  I will begin a 2-4 year position here in Denver starting in January at The Church at the Ranch in Highlands Ranch, CO. I will be training during this time to plant a church somewhere in the area. It is not what I expected, but God rarely checks with us to see if our plans line up with His. Yet, I could not be more excited about the possibilities that lie ahead. What has also been incredible to watch is how God has graced our entire family during this transition.

The kids have had a very busy year with all that has happened. Ellie played another season of soccer in the spring and scored several goals this year. With the trips back and forth to Denver in July and again in August and then permanently in late October,  the girls spent the summer swimming, driving, hiking, and generally enjoying the outdoors. Because we knew that we would be moving to Denver in August, we started Ellie in an online home-school that we teach to her at home. She has been doing great with it, but with both of us working full-time jobs, she will return to public school in January.  Emma was very sad to leave her fantastic preschool in Texas, but has quickly adapted to her new preschool here and is being her usual social, hilarious self. Both girls will be taking more ski lessons this winter and are really looking forward to that. They have also been waiting for some big snow to fall here since I promised to use my expertise from a childhood in upstate New York to help them build a snow-fort. Nathan turned 1 in mid-October, and continues to amaze us. His sisters smother (sometimes literally) him with affection, and he loves to roughhouse. He’s been teasing us for months, but it seems that he’ll be a slow walker, as his sisters were. He has been a total champ in the chaos of our move, and we thank God for his sweet disposition.

There were definitely some other noteworthy events this year as well. Back in February, we drove with some great friends, the Hubers, to Red River, NM to do some skiing. The weather and conditions were perfect. We all had a great time tearing up the slopes during the day, and relaxing sore muscles at night in the cabin we rented together.

In May, Amy and Nathan were blessed to join a number of  other family members at her cousin Lee’s graduation from West Point Military Academy. It was a weekend to remember. West Point is one of the most beautiful places in the country. Lee upped the ante by getting married to his wonderful wife Kim in July at a beautiful ranch up in the mountains west of Denver which we were blessed to attend as a family.

As I wrap up this letter, I cannot help but to share with you how remarkably grateful and mystified we are by God’s goodness, faithfulness, and the depth of complexity by which God works out his plans in our lives. We had absolutely no plan to move to another state, but in hindsight, God has been training us to trust him completely for a long time. To trust that He knows what He is doing, and that he will both provide for us and use us as He sees fit, is the reason we are here now. It is also the reason that we will be blessed to work with a great church here, and eventually plant a church ourselves. The blunt truth is that we are imperfect people in the supremely capable hands of a God who has a plan to redeem humanity one heart at a time. As the popular saying goes, “God doesn’t call the equipped. He equips those He calls”. We’ve been blessed over the past 6 years to work alongside an incredible group of people who love God with their whole selves, and we have watched God shape those people and we’ve felt him shaping us. What we are certain of as we walk through this huge transition is that we will continue to be refined and that God will continue to use us and bless us and stretch us in ways that glorify Him. And at the end of the day, that is the purpose of our existence. The cool part is that we get to be part of a plan that stretches back before time began, and forward into and endless eternity with a God who loved us enough to send his only Son to earth to reconcile a lost world to Himself. This Christmas, know that God loves you, and be blessed in the knowledge that he will use you remarkably as you place yourself in His supremely capable hands. We wish you the merriest of Christmases!    James, Amy, Ellie, Emma, and Nathan Wiebe. 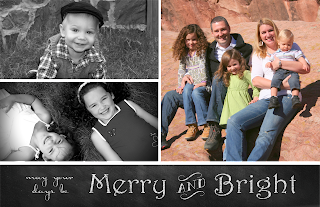 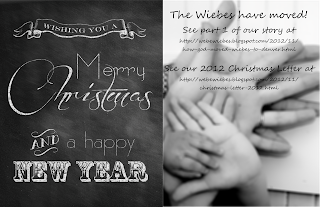