We took the girls on their first camping trip over Memorial Day weekend. Memorial Day was Ellie’s birthday this year, and we didn’t want to have her party that weekend because of the holiday. We delayed it until the following weekend, but we still wanted her birthday weekend to be special. She has said several times that she wanted to go camping, so we decided to do that for her birthday.

As a bonus, we decided to go to Arkansas, and Aunt Becka and Uncle Daniel met us there and spent a night with us. We found a great state park that had campsites all on a lake, and we pulled out our huge family tent that we bought last year. James and Ellie did some fishing, we did some swimming in the lake, and of course s’mores.

I was a little nervous of how the girls would do, but they did great! They slept until almost 7 both mornings, and they did great in the tent. I was so proud of them! We’ll definitely go again this fall if we can swing it. 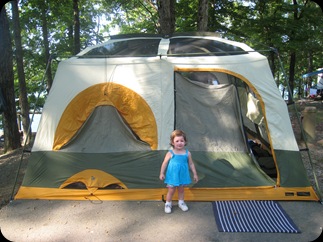 Emma in front of our huge tent. The girls slept in the half on the left, and James and I had the whole right side to ourselves. It was great! 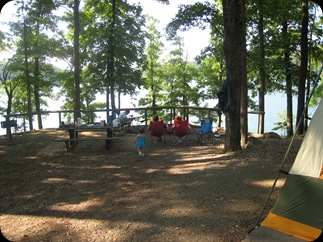 The view from our campsite. That’s the lake right there through the trees. 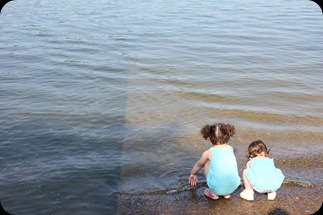 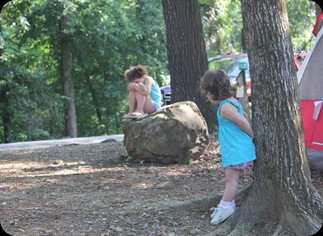 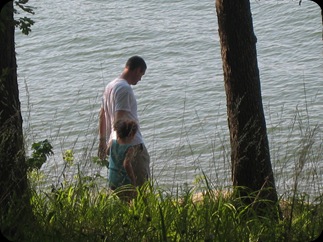 Heading down to go fishing. 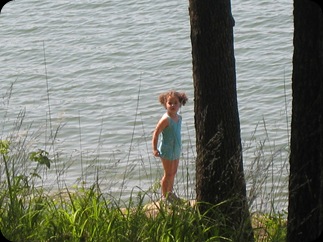 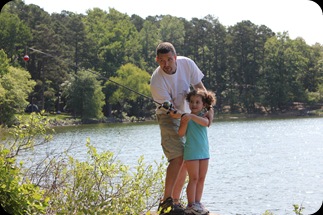 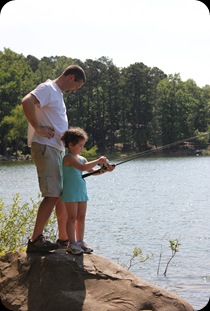 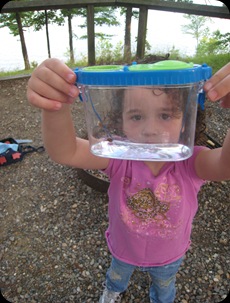 We had Ellie’s bug kit with us, and she put two Daddy Long Legs in her container. Pretty brave, eh? 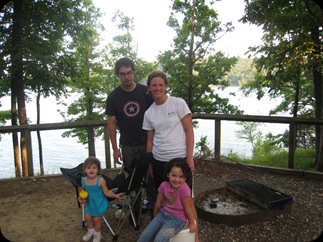 Even though Daniel’s eyes are closed in this one, I still chose this one since the kids look semi-happy. The other two, they weren’t cooperating. :) 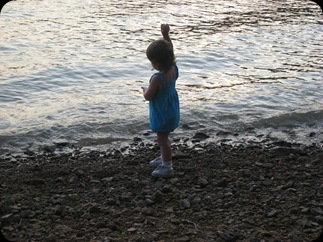 Lots of rocks were thrown in to the water that weekend. 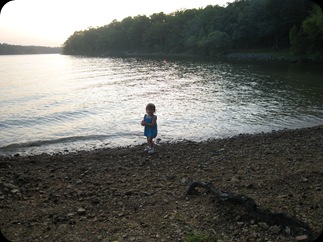 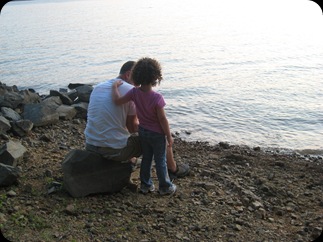 How sweet is that? 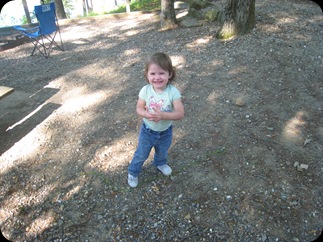 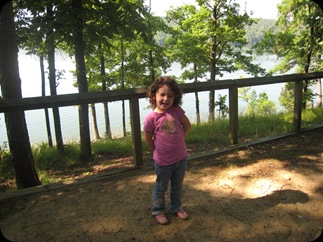 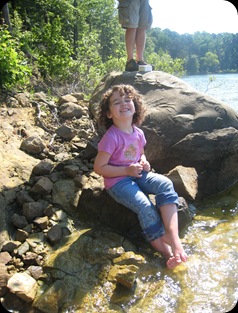 There’s nothing like kicking off your shoes on a warm summer day and putting your feet in the edge of a lake.

That looked like so much fun. It has been two years since we camped. Kind of dreading taking all 4 kids camping....plus our tent is not big enough. Determined that with four kids, nothing ever seems big enough! Loved the one of James and Ellie, with her hand on him.