So, my sweet friend Margie found out last spring right before the annual women’s retreat that she was expecting twins!! She and I were carpooling to the retreat, so I was lucky enough to be one of the first people to find out, and I was SO excited. We got to then share with all the girls at the retreat and talk babies and twins much of the weekend. She later learned that they were both girls and gave them the precious names of Kendall and Emery.

Unfortunately, Margie went into pre-term labor at a very early 25 weeks. We were all praying that those precious angels would stay safe with their momma for many more weeks to come. Margie made it two weeks on hospitalized bed rest before those babies would wait no longer. They were born in an excellent hospital with a very strong NICU until and weighed in at around 2 pounds and change. Pretty big for 27-weekers but still a big uphill battle.

Aside from a couple of scares along the way, both girls have done brilliantly! They’re both off of their oxygen and Kendall is off of her breathing tube. Emery wasn’t as of Sunday but will likely be soon if not already. Both girls will start working on drinking out of a bottle this week which is exciting. That’s a major milestone in the path to get those sweet babies home to Momma! They’re hopeful for a mid-December go-home date. Additional prayers are always welcome!

All that to say that we finally had Margie’s shower at my house on Sunday! We had originally planned to have it in October, but those babies had other plans. We did a “Thing 1 and Thing 2” theme from Cat in the Hat, and the decorations (that I can’t even begin to take credit for) were precious. My friend Libby and I did the little cake balls for a whimsical alternative to a traditional cake or cupcakes, and they were a big hit. I myself actually get to go meet those sweet babies in the NICU next week and I am SOOOO excited!! They’re one of many many things we have to be thankful for this year. 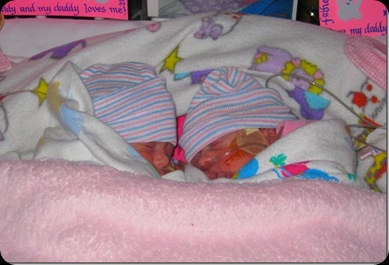 Sweet babies recently moved to a crib where they can be together. I bet they missed each other and are so glad to be reunited! 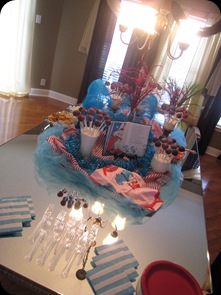 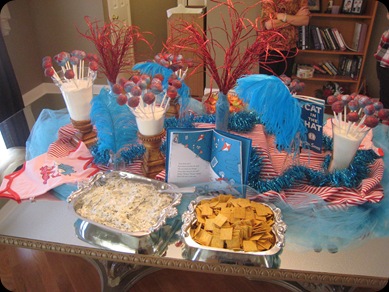 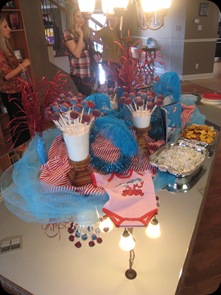 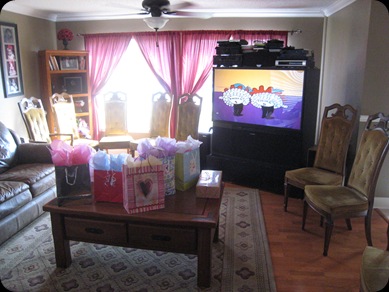 My friend Brittney had the cute idea of having the movie on hand and we froze it on that fun Thing 1 and Thing 2 photo. :) 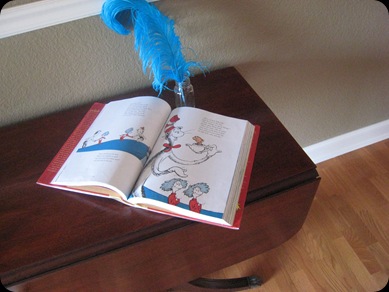 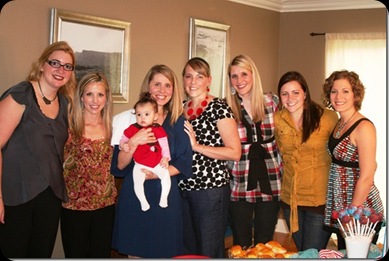 Very precious gifts from God! And that was a very cute theme and great decorations. Good job Miss Hostess.