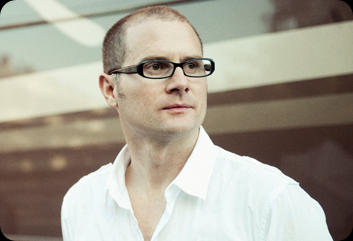 So, James and I went to hear Rob Bell live on Saturday night. It’s the closest thing we’ve had to a date night in ages, so we were excited. His Dropping Like Stars tour is a two hour discussion of how creativity and life can come out of suffering. He’s a great communicator, and I highly recommend you go if he comes anywhere near where you live.

And, not that he’s a celebrity or anything, but he made an entrance from the back of the theater, and he came right down the aisle where James and I were sitting. He literally stopped RIGHT in front of James to stop and turn around and just take in the audience. We could have tripped him…or grabbed his leg…he was that close. Given that there were thousands of people in the room, we thought that was pretty cool.

He has a great heart for Scripture and for earnestly seeking God, and he’s refreshing because he asks the tough questions and lets them hang. Thanks, Mr. Bell, for coming to Dallas. We enjoyed it and will think about life with fresh eyes as we approach our future.