We decided to do our Christmas letter online this year. I hope many of you will take the time to come here and catch up with the Wiebes! And as always, we love to hear from you via comments below as well as through your Christmas cards, etc!

A very merry Christmas to you all! It is time for the snow to fly, and maybe we’ll get some here in Texas.

Our 2011 began by learning that we were expecting baby #3. We admit it - we were hoping for a boy. In June, our little guy showed us very clearly that he was a HE! We were super excited. (Well, all of us except for Emma who "reawy wanted a sista.") The girls were really fun throughout the pregnancy. They prayed for the baby (including one from Ellie where she asked "that the baby doesn't hit his head when he comes out" - Turns out that prayer was quite appropriate! Keep reading!) They loved feeling him kick and wondering about what he'd look like. It was really fun to go through it with them being old enough to understand. 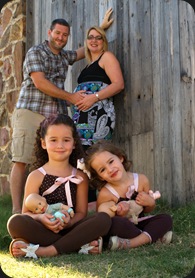 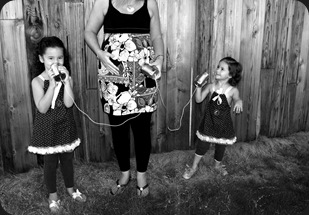 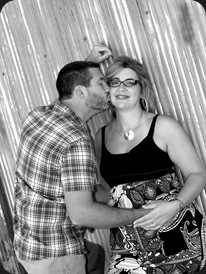 We had a great last summer as a family of 4. As my pregnant wife endured the hottest summer Texas has ever had, we spent lots of time swimming and near air conditioning of some sort. We had hoped to get to visit with Amy's sister and her family in August, but when that fell through we changed plans and decided to take our little family to the beach. We found a last minute deal on a condo near Biloxi, MS and had a really great beach trip together. It was a fun trip that we hope to repeat in the future. It was the girls' first experience with the beach, and they LOVED it! 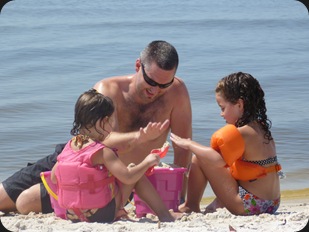 The last 6 weeks have been filled by a flurry of activity with the arrival of Nathan Kendrick, who we welcomed to our family on October 17th. His name is a combination of my middle name and Amy’s dad’s middle name. He weighed in at 7 lbs. even and 18 1/2 inches long. Since Amy is incapable of just having a plain-Jane delivery, Nathan’s birth kept the tradition alive. His due date was October 24th, but Amy went into labor early (a first!), the evening of the 16th. While I packed our stuff for the hospital, Amy endured some contractions while she tried to finish up Nathan’s going home outfit in her sewing room. We went to the hospital around 12:30am on the 17th, and they ended up sending us back home a couple of hours later (blooper #1) because they felt that Amy wasn’t progressing enough. They included a sleeping pill for Amy (blooper #2), and we both went back home and quickly fell asleep. Amy’s mother had come before we left the first time to keep the girls for us and was asleep in our bed. Amy slept in her craft room in case she was unable to sleep, and I slept in Nathan’s room, but both of us drifted off around 3:30am. Amy woke an hour later having hard contractions, but thought she’d use the restroom before waking me and heading back to the hospital. Unfortunately, Nathan had no intentions of waiting, and a few minutes later after a small number of pushing contractions, Amy delivered and caught him herself, proving just what a strong and brave woman she really is. Moments later, she finally had the breath to call out to me, and when I turned on the bathroom light, got the shock of my life seeing my wife already holding our son! I drove us to the hospital where they did the (comparatively easy) remaining tasks, and Amy and Nathan were in great shape. (Amy wrote out her version of the story earlier on the blog here.) We’re thinking that we may have our hands full with this little guy considering the rebellious nature by which he arrived. In the last 6 weeks, he’s gained about two pounds and is doing great. His sisters adore him, and we’re all so proud to have him here! 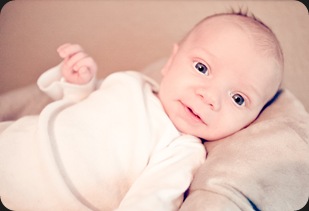 In other news, Ellie is now in kindergarten, which she absolutely loves. She also finished her second season of soccer a few weeks ago. She learned some good skills this fall, and ended up scoring three goals over the season. Each goal was followed by her signature thumbs-up-mouth-open-while-running celebration, though we also got that move pretty much every time she kicked the ball. Ellie is becoming a very good reader and has continued to amaze us with her curiosity and sometimes surprisingly mature insights and questions. Emma is in her second year of preschool, three days a week, and she loves being in school too. Emma’s personality and quirkiness are an almost constant source of entertainment to us. Though she is very obedient, she is definitely a more stubborn independent little lady. So between her hilarious use of vocabulary ("tewific", "wondaful" and "lovely" to name a few), unique temperament, and adventurous spirit, we get to laugh a lot. Shortly after Nathan was born, Ellie and Emma were blessed to be able to go and spend 11 days with Amy’s Uncle Bill and “Uncle” Penni (Emma's term) in Denver. It was a huge blessing to us to have that extra time and space to spend with Nathan during that time. In their time there, the girls stood 10 feet from a big deer, painted, cooked, played dress-up, went on hikes, shopped with Aunt Pen, and had an absolute blast! They were excited to get home to us, but were immediately asking when they could go back. Thanks Bill and Penni for loving and blessing our family! 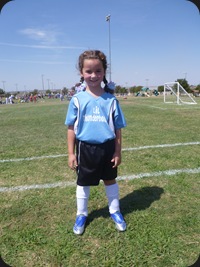 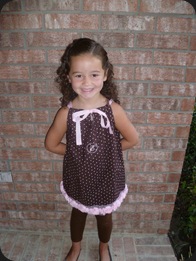 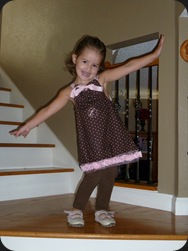 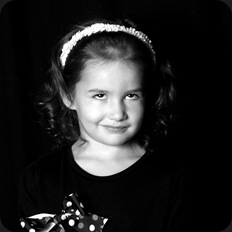 Amy is still with PwC, but has changed roles into a strictly back office position out of client service. She has really been enjoying the change. She is still able to do this part-time, which has always been a huge blessing to our family. She is on maternity leave until February, and then back to her 80% schedule after that. I’m continuing to do counseling, and my role as our church’s small group pastor is still going well. I’ve gotten the opportunity to preach on several Wednesday nights in the last year, and will be the speaker at a weekend youth event as well preaching on a Sunday morning over the next two weeks. I’m very excited about the path God has me on, though much of what that will entail over the next few years is still ‘behind the curtain’. It's been an exciting year at our church as God provided a supernatural avenue for us to become a debt free church. We were burdened by a large payment on our property, and God brought another church to us (unsolicited!) who wanted to purchase it from us. The leadership gladly followed God's lead and after a hectic summer, we've just recently moved into our new facility. We're really excited to see what else God has planned.

Since we didn't get to see the Brady's this summer, we're going to take our family of 5 of a road trip to Detroit for Christmas. (Prayers are welcome!!) We're SO excited to spend time with them as well as a quick stop to introduce Nathan to our dear friends the Cornwells along the way. We're hoping that trip puts the icing on the cake of our very blessed 2011.

One of the books that we’ve read this year that really moved us was David Platt’s “Radical”. It really opened our eyes to the extreme differences in the lifestyle and extreme prosperity of the people and Church in America, particularly when compared to the real persecution and poverty that believers experience in the vast majority of the rest of the world. In spite of the difficulty and risk, these believers in other parts of the world take Paul’s words in Philippians seriously, “To live is Christ, and to die is gain.”, and they do it with joy! As we celebrate Christmas this year, we have a new sense of thanks for just how very blessed we are, and a real conviction to take even more seriously our charge as followers of Jesus Christ to seize opportunities to make his name known in our community and around the world.

Grace and peace to you all.

In Him, The Wiebes